Modak, a simple sweet or spicy dish is a quintessential aspect during the festivities of Ganesh Chaturthi. Modak|Kozhakattai. It is believed from time immemorial that Lord Ganesha is fond of this modak apart from his standard fare – laddu! This also begets him the name: Modakapriya (one how loves modak).

Modaks, also known as dumplings in English, have an outer shell made from Rice flour and a stuffing that can range from sweet to savoury and can be made from any ingredient of choice. Over time, the recipe for modak has undergone remarkable changes and having a wide variety of stuffing. The number of possible stuffings are only limited to one’s imagination.

Some of the most popular ones for Ganesh Chaturthi are: Chocolate Modak, Dried Fruits Modak, Fried Kozhukattai. 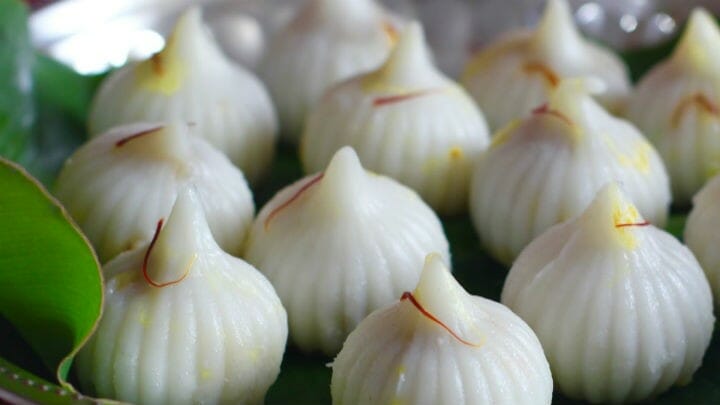 How to make Modak