Published under: Ganesh ChaturthiKozhukattai
A delicious chocolatey version of the traditional modaks.
Jump to Recipe

Chocolate Kozhukattai is a delicious way to get your little ones to eat the modaks. Kozhukattai or Modak is said to be a favorite dish of Lord Ganesha.

Ganesha is often associated with ushering in prosperity and good luck at home.

Every year during Ganesh Chaturthi, households across India make delicious little kozhukattais (as called in South) or Modaks (as called in North) with different types of fillings. This is one such chocolatey version of the traditional dish. 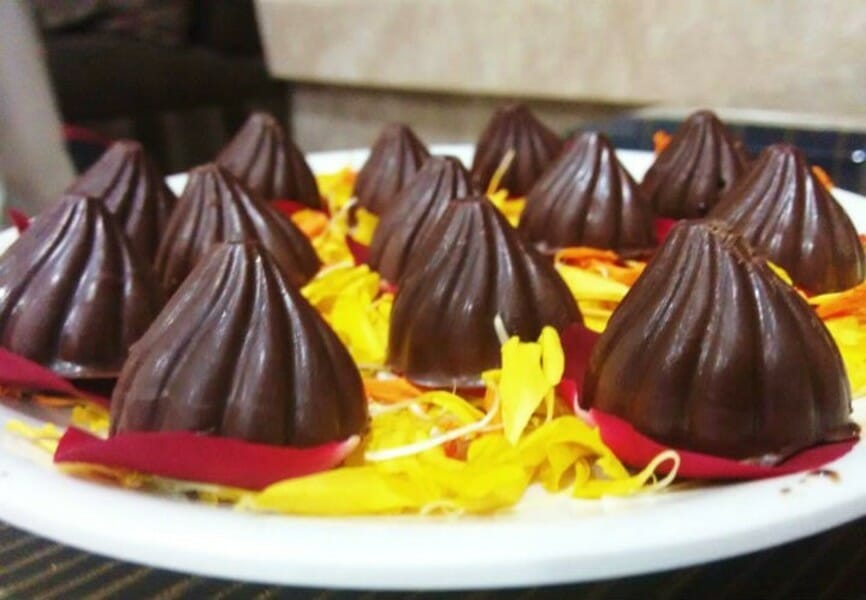 For the Chocolate Filling

How to make Chocolate Kozhukattai

Thx u for ull the tasty recipe’s