1,026 views
A modern variation to the popular Kozhukattai / Modak made during Ganesh Chaturthi.
Jump to Recipe

Dry Fruits Kozhukattai is a tasty variation to the regular kozhukattai (modak) made during Ganesh Chaturthi.

Called as Kozhukattai in South and Modak in the North, there are numerous regional and local variations of the stuffing that goes into making this.

As the name indicates, this is made using dry fruits and is equally tasty and delicious as the original. 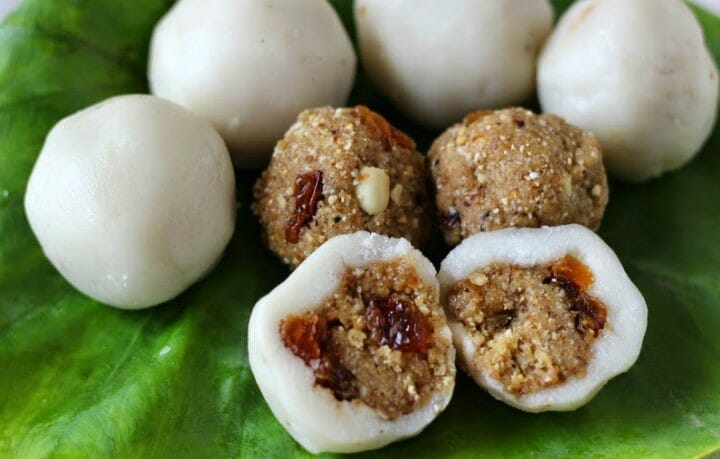 How to make Dry Fruits Kozhukattai