30,359 views
Crisp, Flaky and extremely delicious sweet made with a combination of flours, ghee and nuts.
Jump to Recipe Jump to Video

Soan Papdi is a very popular Indian sweet ideal for any occasion. Available in multiple variations, the most popular ones are made by Haldirams (often called as Haldiram Soan Papdi).

It is a wonderful Indian dessert that can be easily found in sweet shops across the country. It is specially ordered in festivals like Diwali and Rakshabandhan but sweet lovers like to experience its flaky and powdery flavour on their taste buds throughout the year. 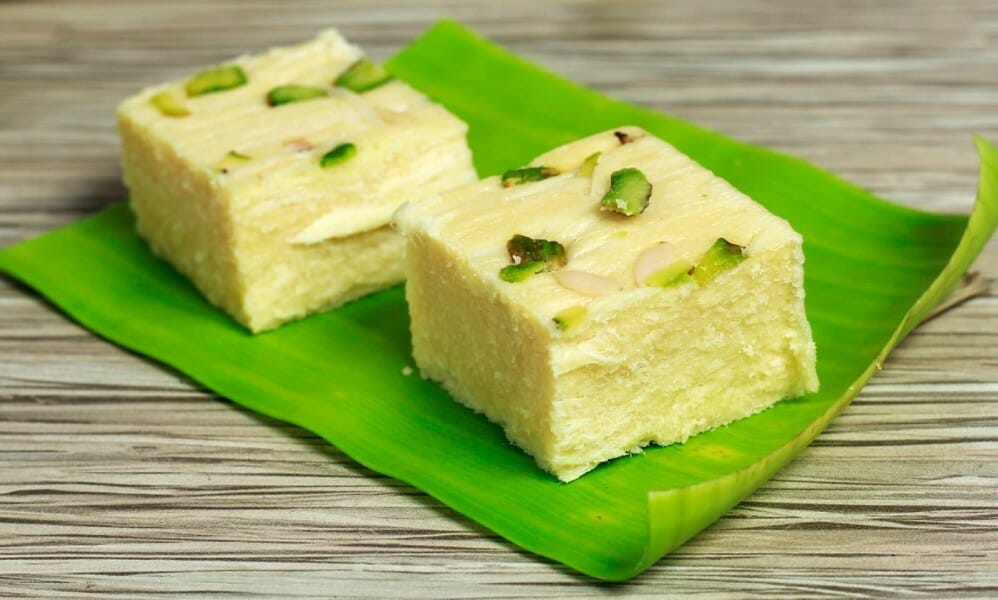 Most of the times, you will find Soan Papdi in the form of cubes or flakes as different sweet factories and halwais (Hindi name for cook who are experts in making sweet dishes and desserts) prefer to make it differently.

The ingredients are pretty simple – A combination of flours, sweetened with sugar and decorated with pistachios, and almonds. Cardamom plays an important role in enhancing the aroma and flavor of this dish. It’s only the method that while interesting is a bit time consuming as well.

Soan Papdi is a North Indian recipe but the exact place of its origin remains unknown till date. It is also known by the name Sohan Halwa in some parts of India. People residing in West Bengal, Rajasthan, Uttar Pradesh, and Gujrat have developed a special liking for this sweet and include it in all their festivals.

Initially, it was sold loose but modern day sweet makers prefer to cut it in solid cubes as it looks more tempting this way. Soan Papdi is similar to many dishes across the world but it has a striking resemblance with a Turkish sweet dish named Pismaniye.

Soan Papdi tastes like Pismaniye but Pismaniye has a more nutty and strong flavor as compared to this light and crispy Indian confectionery. It is also closely related to another Indian sweet called Patisa which has a denser texture and sharp taste than Soan Papdi.

The mithai shops in India sell different variants of Soan Papdi filled in attractive packages. Indians have been gifting this sweet to each other for many decades now as it is both delicious and economical as compared to other sweets. 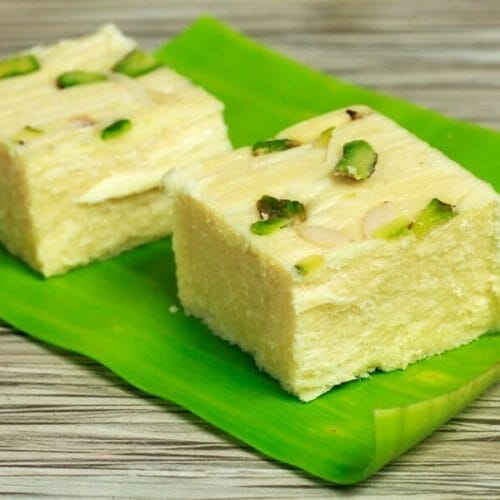 How to make Soan Papdi

Note: Two thread consistency is when two threads are formed when your forefinger and thumb are pulled apart gently after touching the syrup. This is also the stage when a drop of the syrup is dropped into a bowl of cold water it forms a soft ball.

Itn’na hardwork? Mam hats off to you.

I want this recipe in gujarati language

its really awesome mouth watering dish i loce it

its gr8 i love it

I want this recipe in Gujarati Language