Guide to the Dussehra Festival

India is a land of festivals and every festival celebrated is symbolic of the religious and socio-cultural aspirations of the people. Each festival in India brings a wave of joy and happiness among the people. One such important festival of the Hindus in India is the Dussehra, which is also known as ‘Vijayadasami‘. This festival is celebrated on the tenth day of the bright phase of moon in the month of Ashwina as per the lunar calendar and in the month of October or the first week of November as per the western calendar.

The significance of the festival of Dussehra is very high in the minds of Hindus across India. Many legends relate to Dussehra. According to Bengali traditions, Lord Rama worshipped Mother Durga for first nine days and set out to destroy Ravana and his clan on Dussehra, the tenth day. He emerged victorious after killing Ravana and winning the battle.

Most parts of India worship Goddess Durga symbolising female supremacy where the Gods took the assistance of Goddess to destroy demons.

Celebration of Dussehra in various parts of India

The festival of Dussehra wears a different garb in various parts of India.

North India: The prime attraction of Dussehra is the Ramlila which is basically a characterisation of the life of Lord Rama. In North India, the first nine days are marked by personification of the events in the life of Lord Rama and processions are taken out depicting important incidents in Lord Rama’s life, based on the famous epic ‘Ramayana’. On the tenth day, effigies of Ravana, his brother Kumbhakarna and son Meghnath are filled with firecrackers and set on fire by characters dressed as Lord Rama and Lakshmana through fire filled arrows. The effigies are burnt to death with huge crackling sounds filling the entire atmosphere with excitement. People enjoy the huge fairs and feasts organised along with the Ramlila celebrations.

Himachal Pradesh: The stunning valley of Kullu in Himachal Pradesh celebrates the festival of Dussehra with a procession of various idols from temples to the Kullu ground along with a ritual of animal sacrifice. Kullu fair organised during this time and the procession of around two hundred deities during the Dussehra celebration is renowned throughout the world. The presiding deity is Lord Raghunath who is brought in a well decorated chariot on Dussehra. The celebrations continue for seven days and on the seventh day, wood and pile of grass are burnt alongside River Beas symbolising burning of Lanka.

South India: In South India, Dussehra festival is celebrated by worshipping Goddess Durga, Goddess Lakshmi and Goddess Saraswathi for three days each spread across nine days. The tenth day, Vijayadasami or Dussehra is celebrated as an auspicious day to mark the beginning of new and auspicious events. The people of Tamilnadu, Andhra Pradesh and Karnataka spread an elaborate display of dolls in their houses and exchange coconuts, eatables and gifts during the ten-day festival of Dussehra.

Mysore: Mysore Dussehra is world famous and dazzling lights at Maharaja’s palace, parade ground opposite Maharaja’s palace, Chamundi hill and various auditoriums across Mysore illuminate the entire city. The Maharaja’s Palace is specially illuminated with around one lakh bulbs between 7pm to 10 pm during the Dussehra festival. Various food festivals and other competitions are organised during the first nine days of the festival of Dussehra. The main attraction is on the Dussehra day when an idol of Goddess Chamundeshwari is taken out in procession on an elephant across the streets of Mysore. The finale of the event occurs in the evening through a torch-light parade on the Bannimantap ground.

Bengal: Dussehra marks the worship of Goddess Durga in Bengal. Durga puja is organised for four to five days by setting up huge pandals. People stay awake all night and roam the streets of Bengal to visit pandals dressed in bright new clothes. The bright and rich celebrations of Bengal are so famous that people around the world visit this place during the festival to be a witness to the festivities.

West India: People in Gujarat, Rajasthan and Maharashtra celebrate Dussehra by giving a colourful dimension to the festival of Dussehra. Garbha and Dandiya dances are organised and performed by all sects of people on the states of western India. 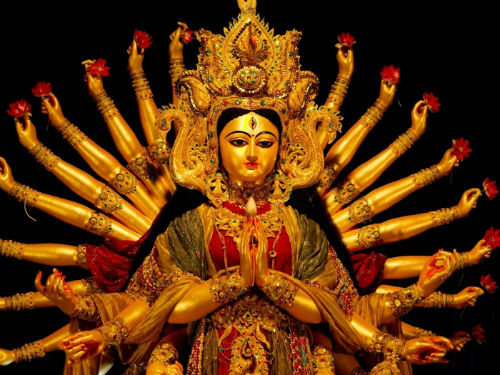 Dussehra celebrations across India are different in many ways, but the one thing that remains constant is the grandeur, revelry, excitement and a sense of piety. A visitor to the country during the Dussehra festival can experience the rich heritage and the cultural diversity of India. 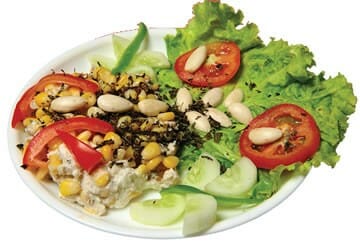