Dosa is a widely known dish made with a fermented smooth batter made from a mixture of ground rice and black gram. Dosa is known by names like dose and dosai around the South depending on the state and language.

Though eaten regularly in most parts of South India, its origins are said to be from Udupi in Karnataka. According to a few historians, as per the Sangam literature, Dosas were already eaten around the 1st century A.D., in the ancient Tamil country. The Dosas during that time were soft and thick. The present-day crispier and thinner version of Dosas evolved from Udupi.

After India’s independence, this South Indian dish became widespread and popular in the Northern parts of India too. It is usually accompanied with hot sambar, potato stuffing, and chutney. Different types of chutneys made from coconut, tomato, or mint are relished with it.

Dosa is low in fat, rich in minerals, high in proteins and carbohydrates, and low in calories. Its fermented nature makes it extremely easy to digest and increases its content of Vitamin B and Vitamin C. This qualifies it as a superfood.

Dosa is best enjoyed when it is freshly made and served hot. Once prepared, the batter of Dosa can be stored in the refrigerator for a few days.

Adding finely chopped onions, green chilies and tomatoes to it will accentuate the flavor of the Dosa. In our country, Dosa is made in over 50 different ways with a variety of combinations of spices and vegetables.

Some states in India also have it with chicken curry. You can even use ragi (a type of millet, which is extremely healthy) or Rava (Semolina) instead of rice in the batter to make Ragi dosa or RavaDoas.

Being a healthy and tasty dish that has a versatility of its own, Dosa is a favorite among people from all over the country and is widely eaten by the Tamils of Sri Lanka as well.

Mushroom Dosa is a healthy and delicious breakfast dish for kids and adults alike. They can be also be served for lunch or dinner. Stuffed with a mushroom masala, this is a must-try. You don’t need to serve this with any side dish as the masala would be quite sufficient. […]

Vegetable Dosa with cheese is a simple and different variety of dosa that kids will enjoy. Some kids are very fussy eaters. By adding vegetables to everyday dishes that they love, we can get them to eat the daily share of veggies. This recipe is one such way to get […]

A quick, healthy and nutritious dosa variety made with ragi flour. Ragi is rich in protein and minerals when compared to other cereals. It is also rich in calcium and is known to reduce the risk of diabetes, reduce cholesterol levels and increases iron absorption. Serve this healthy dosa with […] 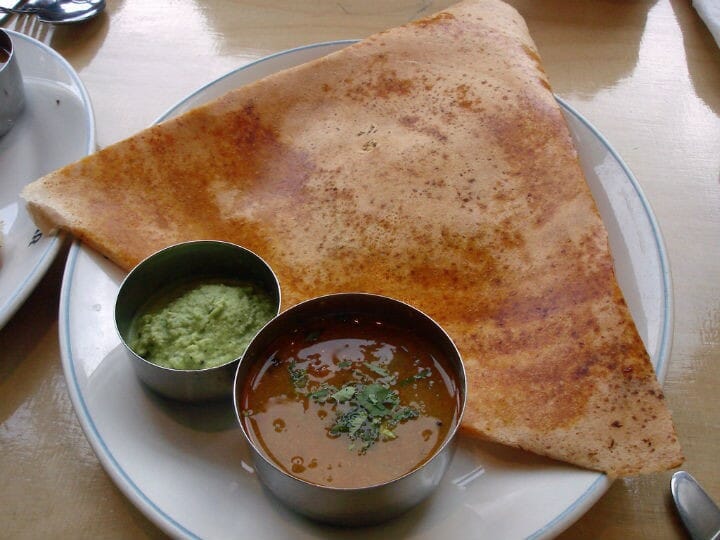 The staple food of South India, Dosa is famous all over India and is known as the ‘Pancake of India’ in foreign countries. Made from rice batter, dosa is rich in protein and carbohydrates. Different types of dosa like mysore masala dosa, Pesarattu, neer dosa, benne dosa, etc. are cooked […] 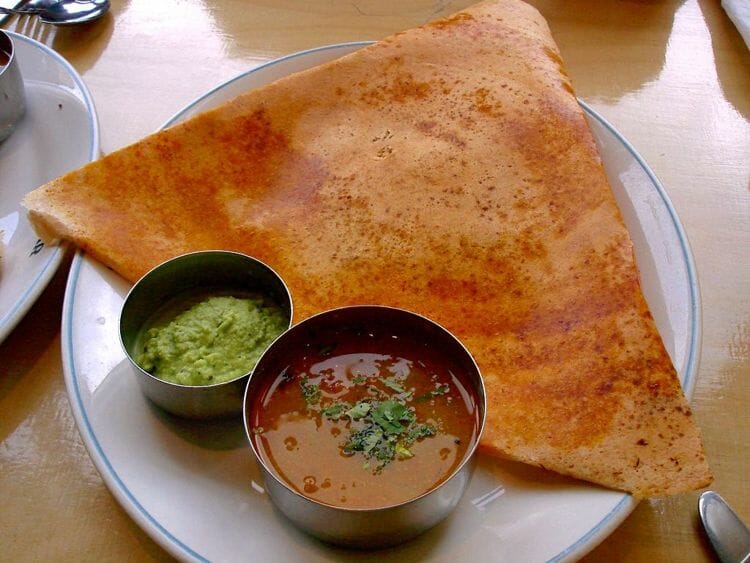 Mysore, a city with a rich cultural heritage and history is not only famous for its palaces and Dusshera festival but is also known for its special cuisine. The Mysore masala dosa which is a treat to the taste buds is actually more popular in different parts of the world […] 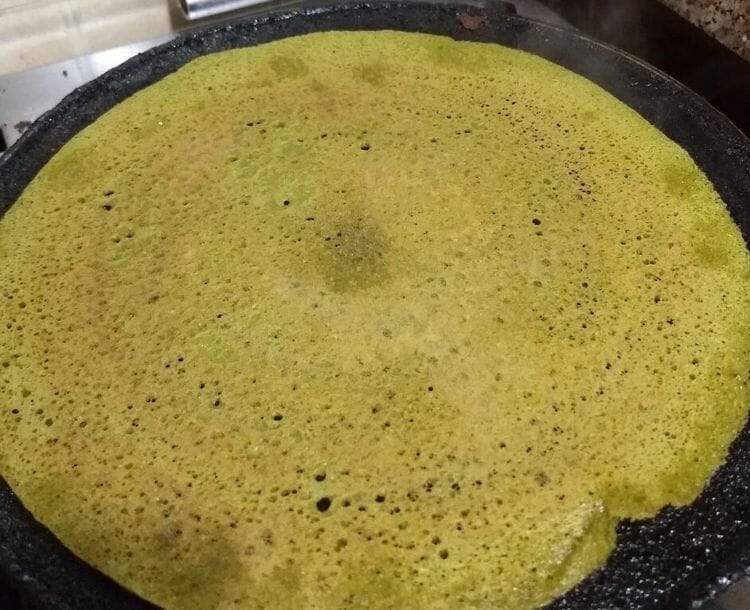 While you may be seeking to implement a perfectly healthy diet for your family, they are likely to come up with demands for something interesting and new. Presenting the dining table with stuff that has never been seen or tasted by your family members can sometimes be a challenging task. […] 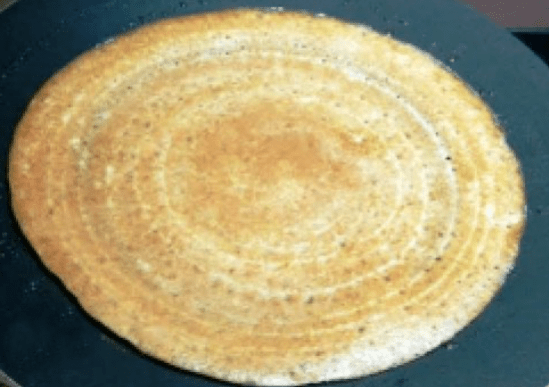 Samai is a type of millet which is also sometimes referred as little millet. It is packed with nutrients such as calcium, fiber, iron, minerals and much more. Therefore, the dosa prepared with Samai is of high nutritional value, especially for the growing kids. Samai dosa is medium to light […]

Onion Rava Dosa  is a delicious and crispy snack found in the menu of every South Indian restaurant. It is easy to make and is perfect for a great evening snack or breakfast. Rice flour and rava are the basic ingredients of this recipe and many more ingredients like onions, […] 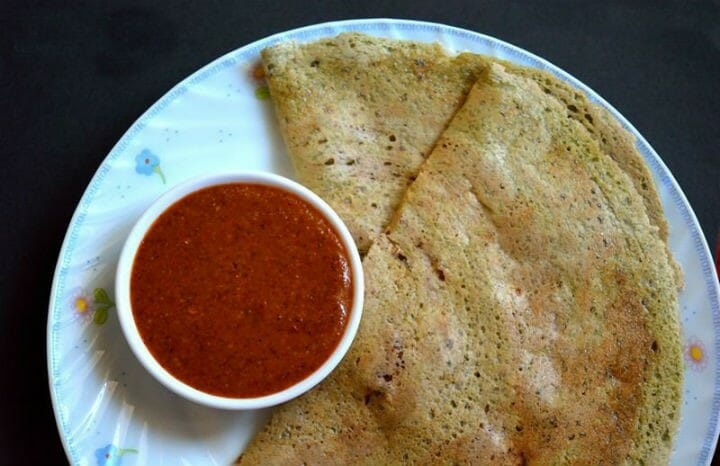 Pesarattu is a popular Andhra dish similar to a dosa but without the urad dal. This Green Gram Pesarattu (Moong Dal Pesarattu) is a healthy dish rich in proteins and can be served for breakfast or dinner with chutney or sambar of choice. Ingredients: Green gram – 100gms Raw rice […] 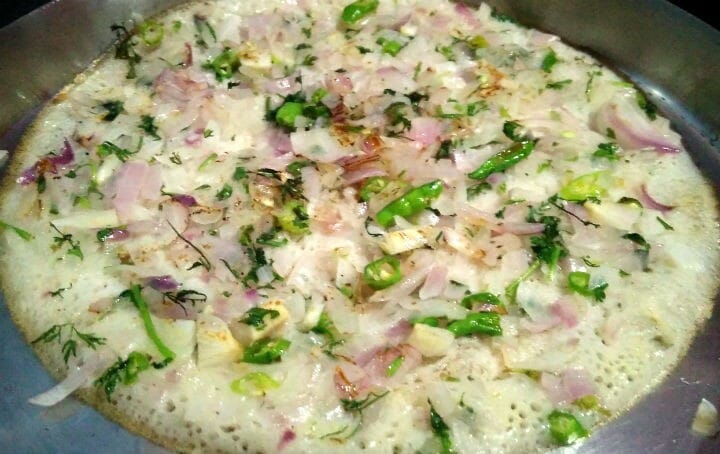