People all over the world know how important Christ’s birth is. For, it stands as a demarcation of the entire history into two. Jesus Christ was born to save the whole of mankind. Remembering Christ’s birth on Christmas day is therefore a great occasion for celebration, and every celebration as we know is associated is specific kinds of food. Christmas and cakes are in-separable.

Christians prepare and serve Christmas cakes to their family and friends during this season. Can you believe that the tradition of Christmas cake began just as plum porridge? It was a tradition which is as old as the commencement of Christianity itself. People during those good old days used to eat porridge on Christmas occasion after a day’s fast. They began adding stuff like dry fruits, honey, spices, etc. to the porridge mix, in the course of time it became Christmas pudding.

It was at some time during the 16th century that people eliminated oatmeal from the pudding recipe and started replacing it with butter, eggs and wheat flour. These ingredients resulted in the making of boiled plum cake. So, both boiled plum cake and pudding were consumed during Christmas. Those rich people in castles and fine homes had oven, and during Easter, they started preparing fruit cakes with almond sugar paste and marzipan; and during Christmas they made similar cakes using dry fruits of the season and some spices. Spices were brought into Europe and Britain from Jerusalem by people who were coming back from the battlefield. The spices in the cake were symbolic of those exotic Eastern spices brought during Christ’s birth by the three wise men. This cake got its name as the Christmas cake.

Many different variations of the Christmas cake are made these days, but their basic is the traditional fruit cake. They may be leavened, unleavened, heavy, light, spongy, dark, dry, moist, etc. and may be of different shapes and sizes. They may also have decorations such as icing, glazing, sugar dusting, frosting, etc.

A popular Christmas cake is that from Scotland, and is known as Whisky Dundee. It is a somewhat brittle and has raisins, currants, Scotch whisky and cherries in it. Other famous Christmas cakes are the mincemeat cake and the apple crème cake. The former is made with either vegetarian or traditional mincemeat, along with ingredients like eggs, flour, etc. and the latter with apples, raisins, other fruits, whip cream and cream cheese.

Any type of Christmas cake, be it a simple fruitcake, or be it a Whisky Dundee, is prepared ahead of time. Christmas cakes are made during November and are kept till the Christmas season in an airtight container. A wee bit of alcohol like brandy, whisky or sherry is dropped in through the holes in the cake every week till Christmas. This they call as “feeding” and it is done to prolong the longevity of the cake.

There was a time when Christmas cakes were homemade alone. There was no other option but to prepare them at home. But today, people who do not have the time or diligence to prepare them at home can buy good quality Christmas cakes of any type they prefer from shops. They are available in a wide array of flavors, colors and textures that tickle your taste buds. They also come with mouthwatering and attractive toppings.

So, you can just buy them and enjoy the Christmas season with these lovely delicacies without enduring yourself the trouble of making them. But, if you are keen on preparing them by yourself, there are thousands of Christmas cake recipes available over the net. 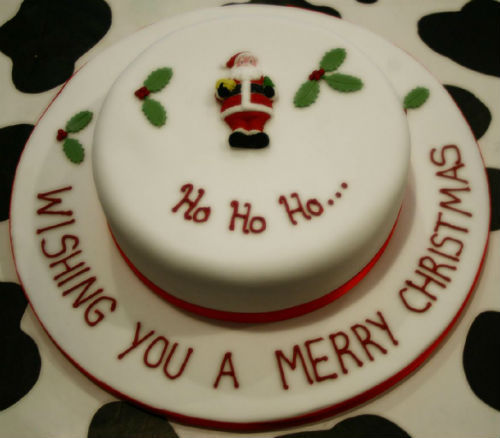 Lamb and Vegetables in Coconut Milk