Sprouted Green Grams (Mulaikattiya Pachai Payaru) is rich in proteins, fiber and vitamins. A traditional South Indian sundal variety, this is made during navratri festival and also as an evening snack for kids and adults alike. 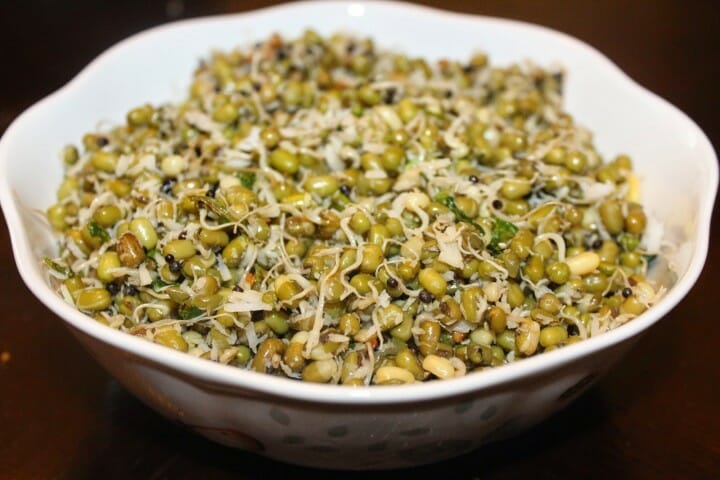 A protein rich sundal that can be made as an evening snack or during festivals like Navratri.
Prep Time15 mins
Cook Time15 mins
Course: Snack
Cuisine: South Indian
Keyword: sundal