Man has been endowed with a unique ability to think. Using this ability, humans across the world develop the concept of cooking their food before consuming it. Thanks to this concept we have some of the most delicious recipes from all over the world being cooked and served in different countries. Chicken recipes are no exception. The world holds the secret to some of the most delicious chicken recipes as they are cooked and served in a unique style in different countries. We, in India tend to consume chicken on a larger scale compared to some of the other nations of the world who consume pork, beef and the flesh of other animals as a part of their non-vegetarian diet besides chicken. Thus the concept of chicken recipes is riper in our country than other parts of the world. Many dishes have travelled from India to the world and have become a craze in the western part of the world.

India is blessed to be one of the most fertile regions of the world; we also enjoy the tropical climate which helps the growth of some of the tastiest spices and herbs in the world. The chicken recipes made using these invaluable spices and served with incomparable hospitality have made us, the country of India the hub and master of chicken recipes. We will look at some of the most popular recipes in India made out of chicken, these dishes are not only eaten with a lot of zest and enthusiasm in India but have also been able to tread international borders garnering positive reviews and millions of fans from across the world. We are about to mention some of the most wonderful things you can do with your chicken to make it a delight for every tongue. 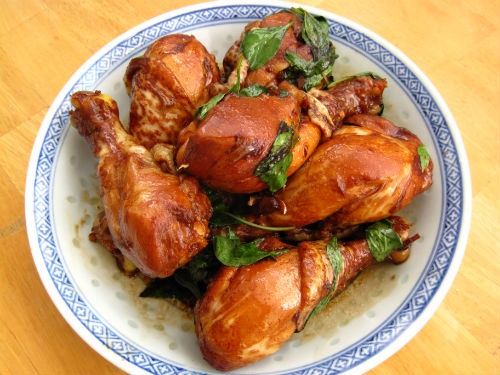 Go ahead make these at home and give your family the chicken surprise.