Published under: Ganesh ChaturthiKheerPongal
Rice Payasam is a traditional Indian dessert made with rice, sugar, and milk. It typically contains nuts and raisins.
Jump to Recipe

Rice Payasam is a South Indian dessert prepared with rice and milk. It is often served with ghee and sugar/jaggery. Traditional recipes for Rice Payasam usually call for the milk to be boiled over a stovetop, before being mixed with rice, sugar, and sometimes other flavours such as cardamom or vanilla.

Traditional Arisi Payasam is prepared by boiling milk along with sugar cane juice. This gives the dish a sweet taste. Cashew nuts, raisins or sultanas are added to the rice before adding milk and sugar. Coconut gratings are also used for flavour and sweetness whereas cashew nuts are added for texture.

This is usually made during festivals like Pongal or Diwali. 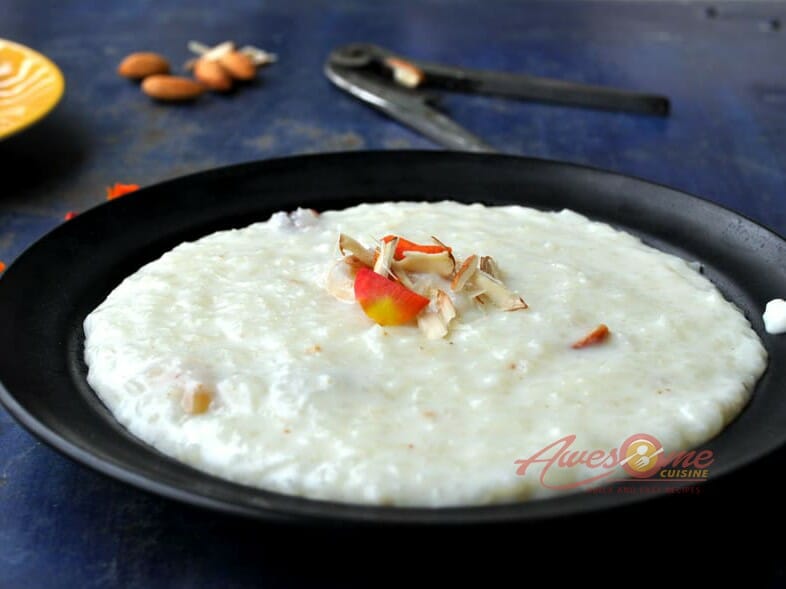 How to make Rice Payasam