836 views
Mulligatawny Soup is traditionally a soup made of vegetables or meat and spices. It can be enjoyed alone, or served with rice.
Jump to Recipe

Mulligatawny soup is a vegetable based soup that originated in colonial India. It is often made with chicken, peas, potatoes, and lentils. As with most Indian dishes, the ingredients vary depending on region of origin.

It is a traditional Indian broth-based soup. It is believed that the word “Mulligatawny” comes from Tamil language which means “pepper water”. This soup has been popular since the 18th century in India. It was traditionally eaten by sailors in British ships because it remained edible for weeks during their journeys.

The dish’s name comes from the Tamil words “milagu” (red chili pepper) and “taani” (water). The word “Mulligatawny” was first used in English by British colonists in India, who encountered this spicy concoction of lentils, vegetables, curry spices, rice and meat upon their arrival.

This soup can be served hot or cold with an accompaniment such as rice or bread.

Mulligatawny Soup is typically eaten at weddings or other festivities as it is considered a celebratory dish. 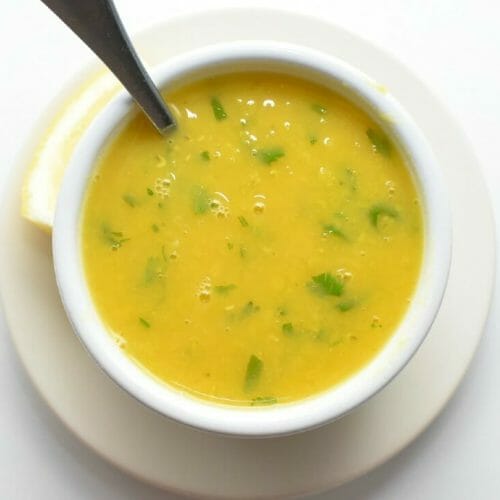 Mulligatawny Soup is traditionally a soup made of vegetables or meat and spices. It can be enjoyed alone, or served with rice.
Prep Time20 mins
Cook Time20 mins
Total Time40 mins
Course: Soup
Cuisine: British, Indian

How to make Mulligatawny Soup

Instead of Potatoes, you can also add boneless and cubed chicken pieces.
previous post

Please check out our sister website for recipes related to weight-loss and type 2 diabetes – https://www.awesomechef.in/recipes/