473 views
Known as Rabri, it is a milk based dessert often served chill during festivals and occasions.
Jump to Recipe

Basundi is a traditional Indian sweet made with milk and is similar to Kheer. Called as Rabri in the North, it is made with boiling the milk at low flame until it is reduce by half and has a thick consistency, flavoured with cardamom powder and garnished with nuts.

Basundi is a dessert commonly made in Maharashtra, Gujarat and Karnataka especially during Holi, Gudi Padwa, Ramzan, Diwali and other festivals. 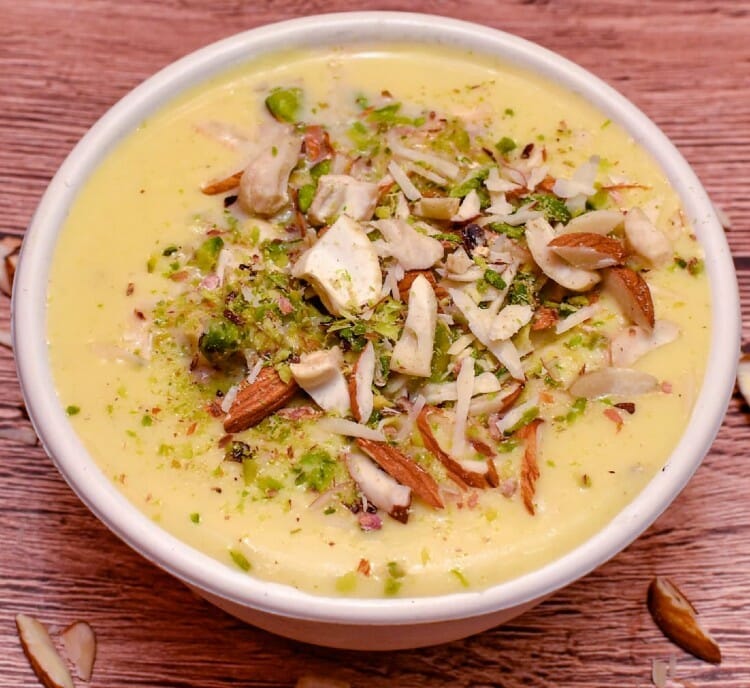 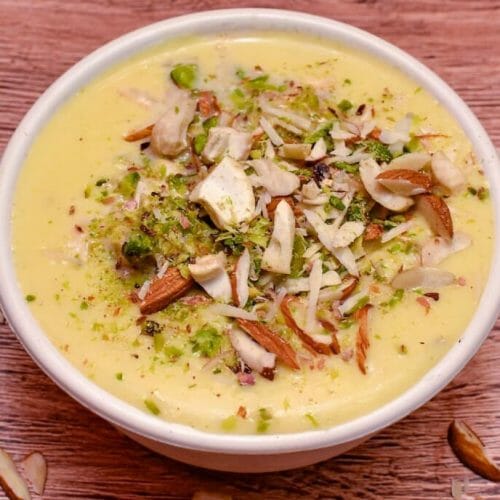 How to make Basundi

In the South, pachai karpooram or edible camphor is also added to the recipe.

There are numerous regional variations to this recipe. You can add different fruit pulps like apple, mango and sitaphal to enhance the flavour if desired.

your recipe is too good

its really nice madam, i like very much.
but i don’t know how to prepare? but now onwards
i will prepare easily.