936 views
a delicious combination of crisp pastry, cream, and chocolate.
Jump to Recipe

Chocolate Eclairs are a rich, decadent pastry that is traditionally filled with a sweet, thick chocolate cream.

Chocolate Eclairs first appeared in the 19th century in France, where they were called “choux à la crème.” The name translates to “cabbage filled with cream.”

The pastry dough can also be made from puff pastry instead of the traditional dough.

Chocolate eclairs are everyone’s favorite dessert. They are delicious and their rich texture melts in your mouth. 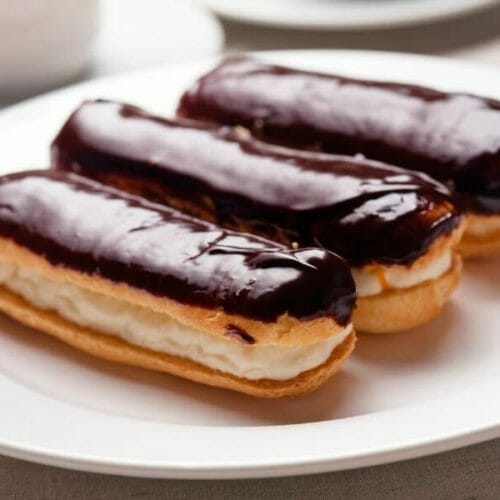 For the outer shell:

How to make Chocolate Eclairs

Tip: The eclair shell can be of any shape, as desired.
previous post

Yummy…i lam loving it….just the idea of having it am salivating…