Who can say no to the age old favourite – Poori Bhaji or Puri Bhaji? For the Indian culinary virgins, poori or puri is a flat bread, made from whole wheat flour, that is deep fried and served with a variety of sides – mainly consisting of potatoes or white chana.

Poori is one of the most loved breads across the country, transcending all states, palettes and tastes becoming more of a national dish than a state delicacy. Like many of our Parathas or Rotis, poori is pretty versatile. A slight variation in its method of preparation and serving gives a subtle hint of the place of its origin. Be it the Chole Bhature, hinting of Punjab or Poori masala, indicating its Southern cousin, or a Luchi from the Eastern side, it is no doubt, a very well received breakfast items of all times.

In our recipe here, we will make the timeless Poori Bhaji. Bhaji is a generic term referring to vegetable curry, usually containing whole or mashed potato. This Poori Bhaji recipe calls for a simple stir fry of potato and onions, making it a South Indian delicacy. The potato bhaji can either be dry, semi-dry or a gravy consistency (usually involving a couple of tomatoes). Simply stir fry it with jeera and spices, it becomes Jeera Aloo of Gujarati fame; mash it well and cook it with a couple of tomatoes and onions, it becomes the masala for Poori Masala in Tamil Nadu or an equivalent Sagoo from Karnataka. Or just whip it any which way you like, you just can’t go wrong with the deadly combination of Poori and Potato. 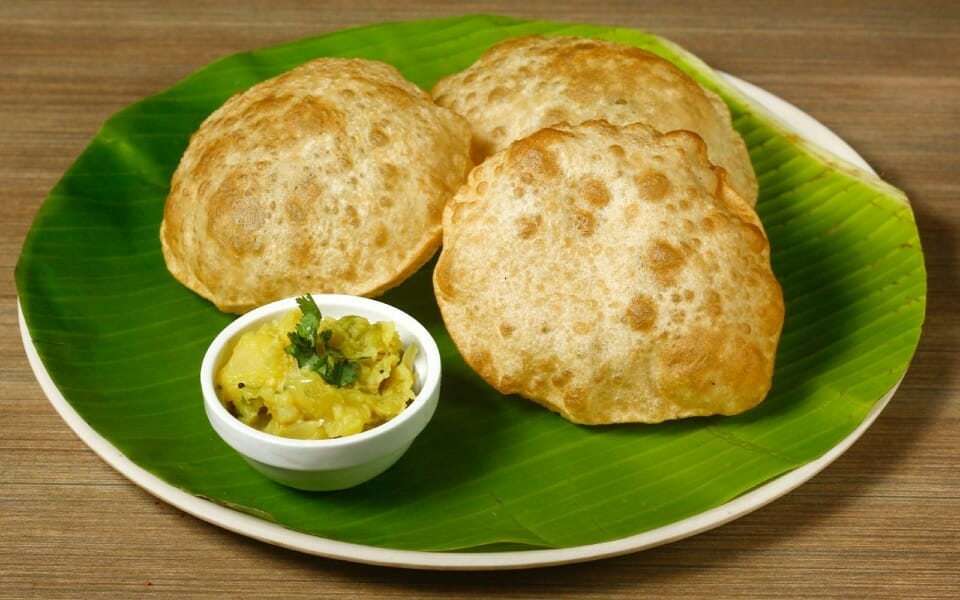 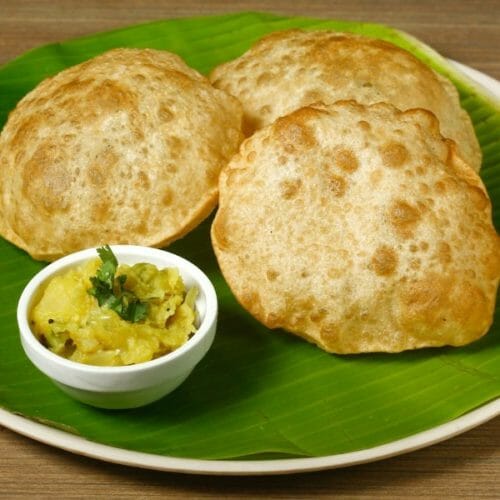 Avoid making the dough too soft as it will need dusting with flour while rolling. When made so, the pooris will leave a lot of sediments in the oil and therefore cannot be re-used.
previous post