520 views
A savoury dish made with Ragi instead of the traditional rice or chick pea flour.
Jump to Recipe

Sev (Omapodi / Ompodi) is a very popular savoury snack across India made with chickpea flour, spices and then deep fried until crispy. Served as a teatime/evening snack, they also make for a great savoury during festival times. This is a variation made with Ragi Flour (Finger Millet Flour) and is equally tasty and delicious as the original one. Sev known to be crispy, a bit of rice flour is added to Ragi to retain the crispiness.

Ragi has been a staple food for centuries in many countries. Originating from Africa, the crop easily grows in harsh weather conditions, making it a wonderful cereal for our Indian climate. Not just being ancient, Ragi is a rich source of many nutrients – primarily its high Calcium content and gluten free characteristic. It is only of those few cereals that does not undergo processing and hence consumed whole. It has been a staple cereal in states like Karnataka, Tamil Nadu and Maharashtra. With multiple health benefits it is a wonderful grain well suited for growing kids, diabetics and for normal adults too in maintaining good health.

It is a very versatile cereal and is used to make many sweet and savory dishes like Ragi Dosa, Ragi Laddu, Ragi Kanji, Ragi Thenkuzhal, Ragi Kozhukattai, Ragi Halwa, etc. 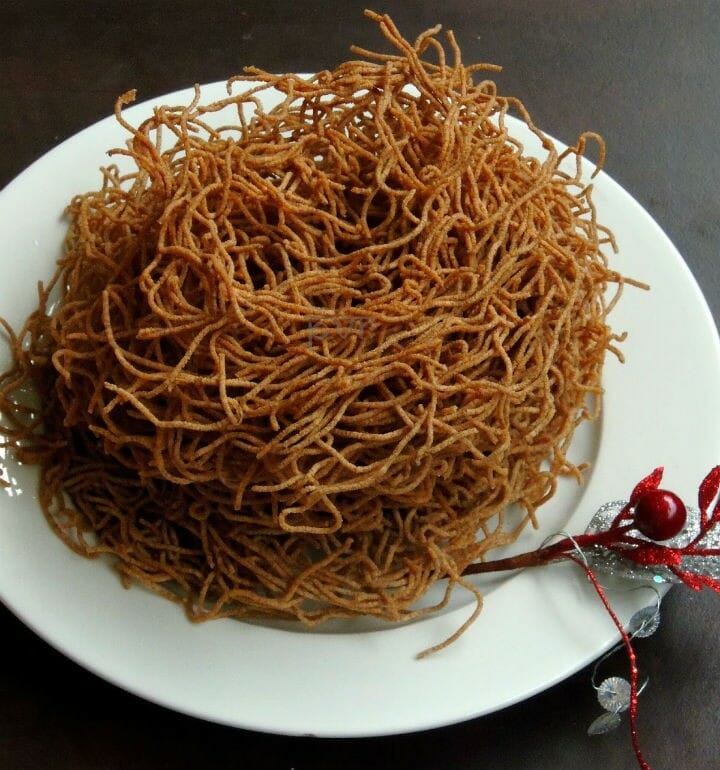 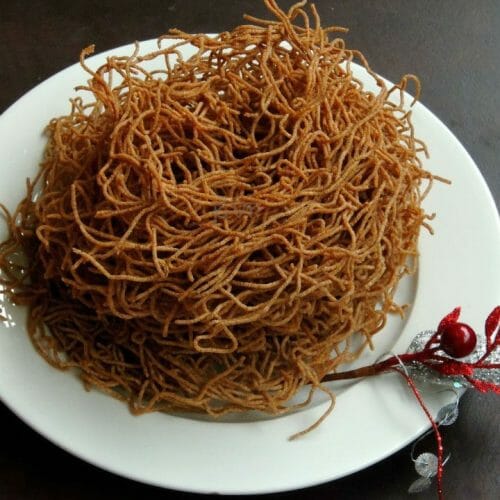