Published under: Snacks
A crispy, spicy and delicious snack from the state of Karnataka.
Jump to Recipe

Kodubale or Kodbale is a popular Karnataka spicy snack.  Made during festival times, it is typically served during tea time with a cup of hot tea. A speciality from Mysore and surrounding regions, it is a crispy and delicious snack. 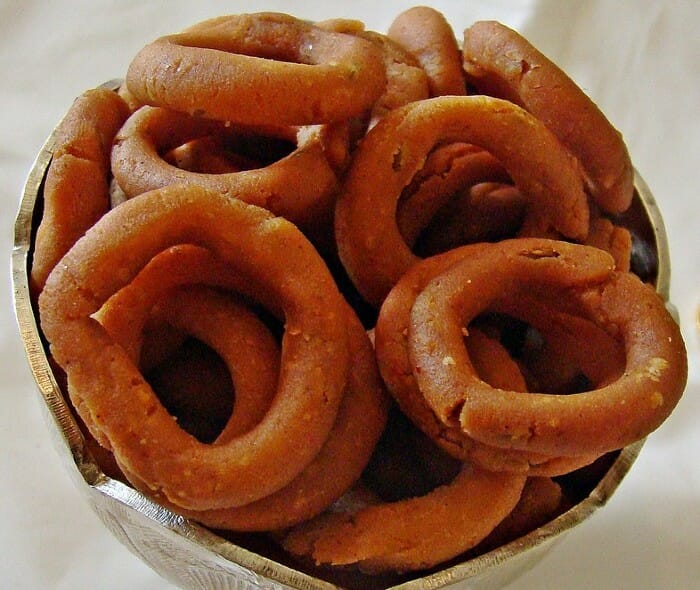 How to make Kodbale (Kodubale)