961 views
A crispy and crunchy South Indian evening snack made using spinach and dal.
Jump to Recipe Jump to Video

Keerai Vadai is a popular South Indian snack made using spinach and dal. Served with coconut chutney, it is basically a masala vadai with spinach. 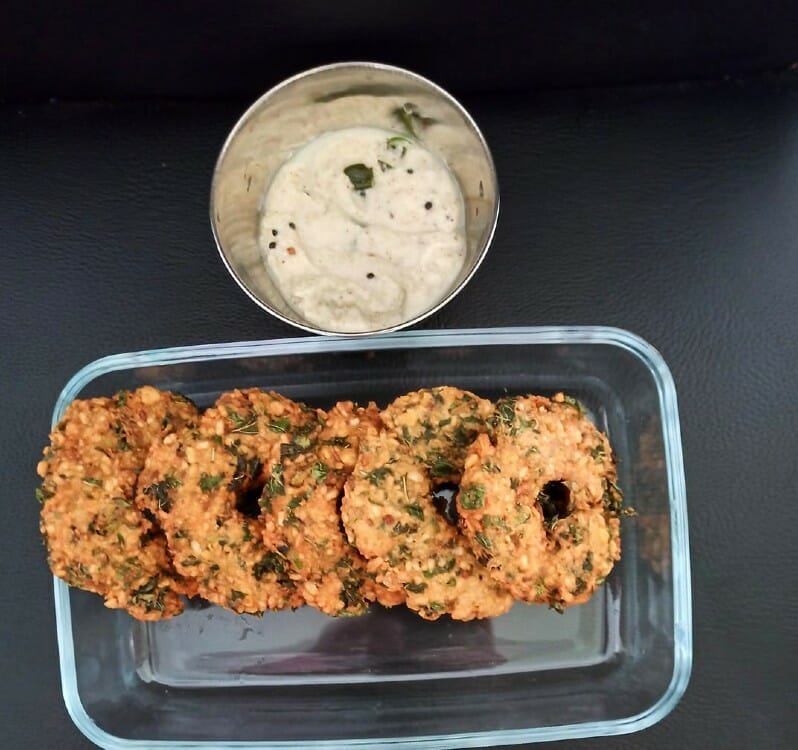 Commonly found in roadside shops and tea stalls, this vada is thin, crispy and crunchy. It is often served as an evening snack along with coffee or tea.

Usually it is made with one variety of spinach, but this recipe uses a combination of 3 spinach varieties along with 3 different types of dal. As with all Indian recipes, there are several different variations to this recipe and it is common to find that each household has their own way of preparing this tasty snack. 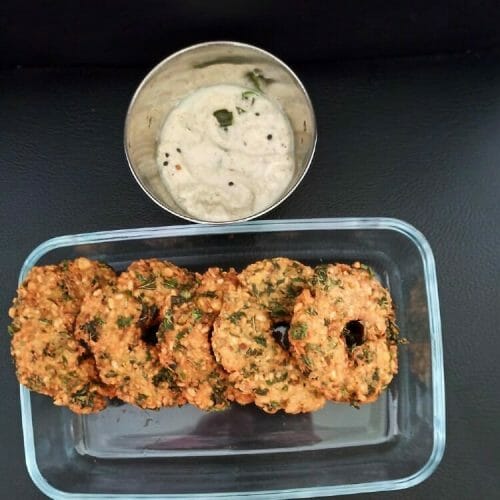 How to make Keerai Vadai