Aloo Bharwa Shimla Mirch or Potato Stuffed Capsicums is a delicious North Indian dish served as an appetizer or as a side dish to roti or naan.

Bharwa in Hindi means stuffed and Shimla Mirch is capsicum. The literal translation for this would be potato stuffed capsicum.  This dish has been adapted by different regions as they have their own adaptations of the original recipe.

Whatever you decide to use, make this for your parties, Sunday lunch or weekday dinner. 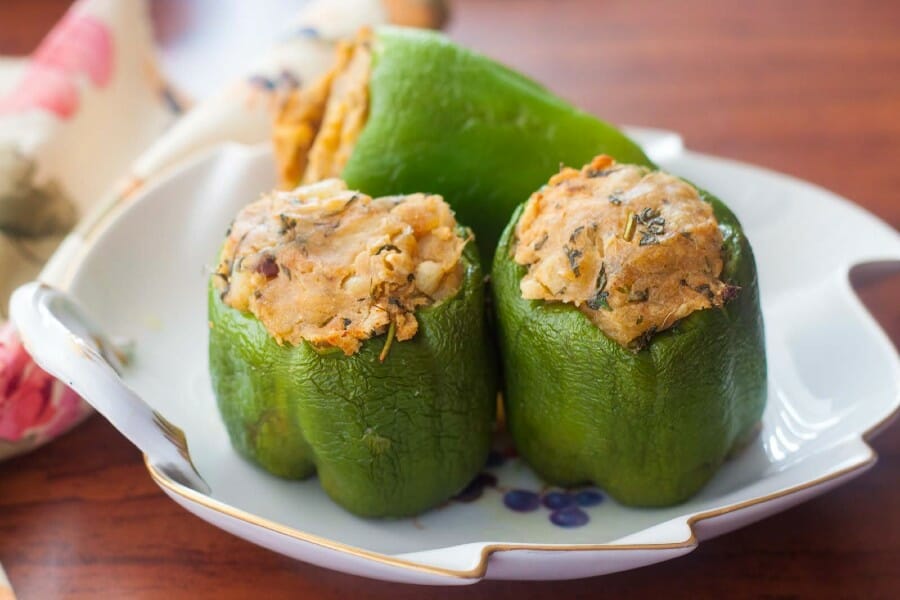