Published under: DiwaliSweets
A popular Indian sweet / mithai made during festivals and special occasions.
Jump to Recipe Jump to Video

Kaju Katli is one of the most popular Indian sweets made for all types of celebrations. Be it a traditional festival or a party, you are definitely going to find this Indian dessert as part of the menu.

Also known as Kaju Barfi or Cashew Burfi, it is a diamond shaped sweet treat that is often bought from popular sweet shops across the country during major festivals or celebrations. 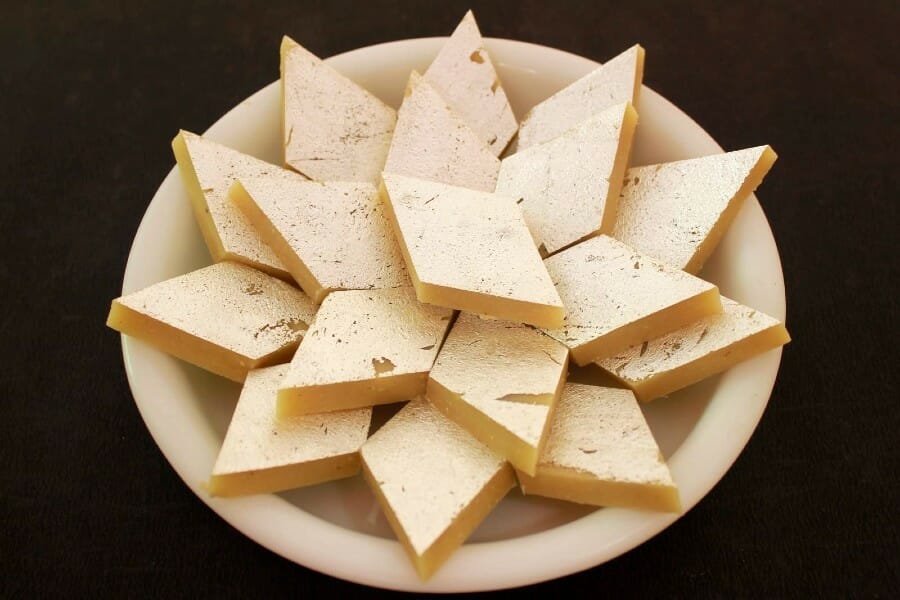 Most commonly given as a gift during Diwali, these can be easily made at home too. The recipe requires only 3 ingredients and can be made very easily at home with ease.

How to make Kaju Katli

In some places, the cashew nuts are soaked, drained, peeled and then ground to a paste.
previous post

I will definetly make it for sons.

recipe is excellent i like it very very much

The Exotic Kashmiri Cuisine
Jack of All Fruits
Is Eating at Night Bad?
The Benefits and Nutritional Values of Ghee
The Cuisine of West Bengal
4 Course New Year Party Menu: Fuss-Free Recipes for Every Palate