Chicken Stroganoff is a Russian inspired dish going back to 19th Century Russia. Stroganoff technically refers to thin slices of meat, traditionally cooked in a sour cream sauce and served on a bed of noodles or mashed potatoes. The dish is originally made of thin slivers of beef.

Over time and due to increased popularity of the dish, many variations of the Stroganoff recipe has developed world over. In the modern day, Beef or Chicken Stroganoff is served with pasta – spaghetti or fettucine, or on a bed of rice. It is a hearty meal that doesn’t require too many ingredients and can warm up a heavy wintery day.

Just like other simple recipes, the devil is in the details. Dust the chicken pieces in the flour to get a lightly crispy skin before allowing it to soak up the sour cream sauce. Chicken Stroganoff is quite heavy on the tummy and hence it is best served as early dinner along with some vegetables. 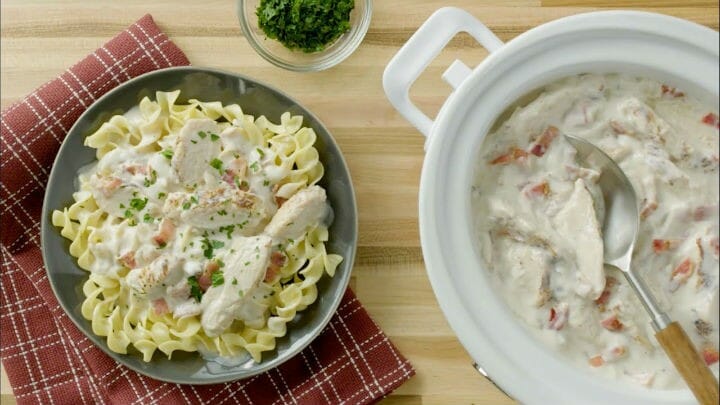