Published under: Chicken
Chettinad Pepper Chicken is a truly authentic and traditional dish from the Chettinad region of Tamil Nadu.
Jump to Recipe

Chettinad Pepper Chicken is a dish that is native to the Chettinad region in Tamil Nadu, India. It is a popular dish in South India and is served with rice.

It was originally cooked with beef or mutton but chicken became more popular after the arrival of European traders and settlers to India. 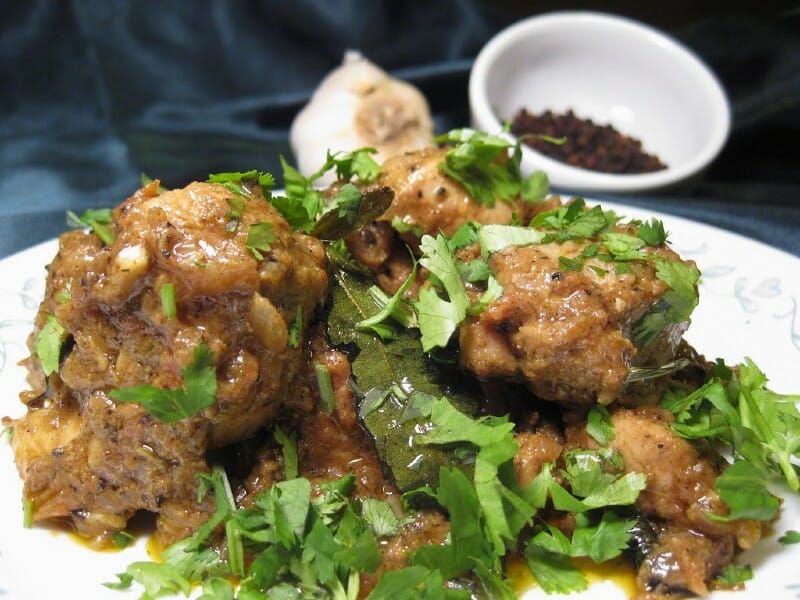 How to make Chettinad Pepper Chicken