Published under: DiwaliJanmashtamiOnamSweets
A hugely popular South Indian sweet made during Diwali, Navratri and Janmashtami.
Jump to Recipe Jump to Video

Mysore Pak is an authentic and traditional South Indian sweet made during festivals like Diwali, Janmashtami and special occasions like weddings and birthdays.

Often called as a “Royal Sweet” because of it’s origins in the Mysore palace, it is also known as the King of South Indian sweets.

Made with just three key ingredients, it can be a tricky dish for beginners. So don’t worry if you do not get it right the first time. Even experienced cooks have trouble getting this royal dish right. 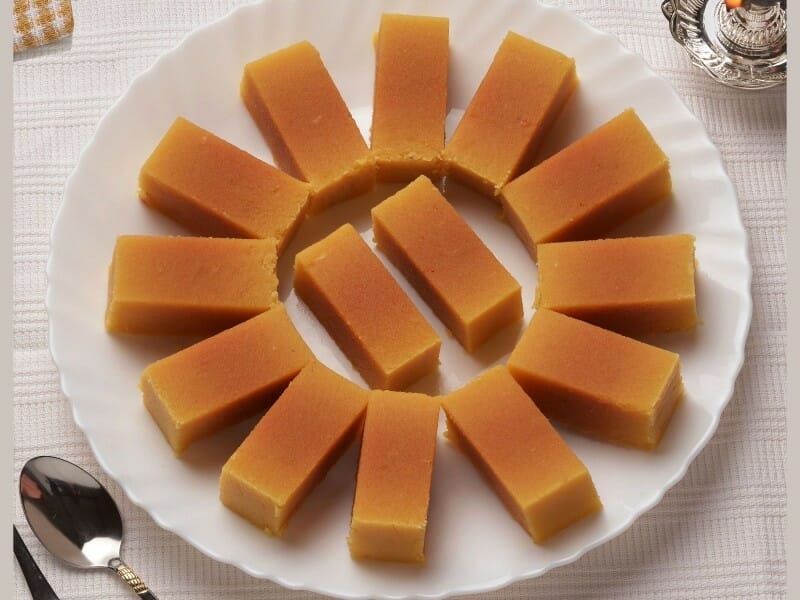 In some places it is also called as Mysurpa. Whatever the name is (depending on where you go and whom you ask), this is one of the most iconic and well known sweets in the southern part of the country.

In some places you will find a variation to this as Badam Mysore Pak or Badam Mysurpa. The only addition being 1/2 cup of badam (almonds) added to the recipe below. Soak the almonds overnight and remove the skin.

How to make Mysore Pak

Please give me tips about ‘how to prepare soft mysore pak with no holes.’ What are the criterias to follow? I am searching for an answer.

thanks a lot for the recipe.its easy n the myspre pak came out delicious.