Navratri, one of India’s favorite festivals, is celebrated throughout the country with a lot of gusto. Navratri means nine nights and is one of the main festivals in states like Gujarat and Maharashtra. The festival is dedicated to the worship of Hindu goddess ‘Shakti’. The nine forms of “Shakthi” is worshipped for nine days of the festival. The festival marks the transformation of goddess Durga in the form of Shakti and is celebrated in the eastern part of India as Durga Puja.

Navratri is celebrated as per the lunar calendar and falls in the months of September and October every year. The festival is preceded by Ganesh Chaturthi and is followed by the festival of lights, Deepawali.

Navaratri is a vibrant festival and is celebrated with prayers in the morning followed by song and dance in the evening. The houses are well lit and the “pandals” are dressed up beautifully for people to dance and enjoy themselves while they pray to the almighty.

Like all other festivals of India, Navratri is also renowned for the delicacies served during this period. Many famous vegetarian dishes and sweets are cooked and savored during the nine days of celebration.

Some of the most famous items cooked in the different households during the nine days of Navratri are Sabudana Vada, Sabudana Khichdi, Sabudana Tikki and a lot of other delicacies. During the period of Navratri women observe a fast and tend to not consume a lot of food items included in a normal meal. This makes the food prepared during Navratri all the more special. It is a combination of food prepared especially for the fast and regular food that is prepared for the rest of the people. 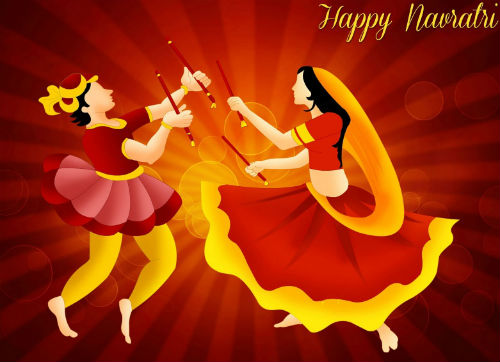 Let us look at some of the recipes for making some delicious items during the upcoming Navaratri:

“Sundal“is the popular Neyvedhyam during Navaratri in the south. In the evening, different Sundal being made each day . It is packed with nutrients and is a fulfilling meal. So, it serves dinner for the women who observe fast during the festival of dolls.