Foods to Avoid During the Monsoon

With the onset of monsoon, the entire planet enlivens and return to their full life. Though, the first shower of monsoon brings a sigh of relief to the scorching summer days, along with the joy, it brings certain health perils and maladies that need to be tackled.

During the monsoon, due to the high amount of humidity in the air, our digestive system tends to work in a slower pace. So, rainproof your health with the right diet and thereby prevent yourself from various health hazards. 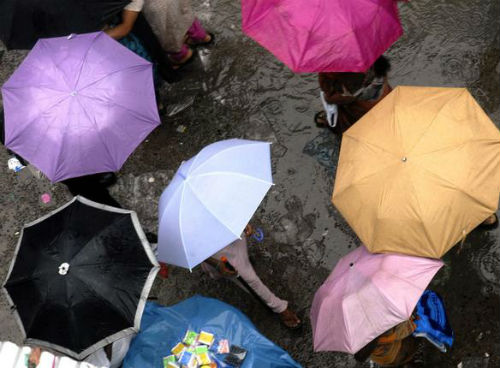 Stay Away from Street Food

Consuming street food is the number-one cause of health problems during the monsoon. The chances of contamination are high in street foods, which are the root cause for problems like food poisoning. So, avoid eating outside during the whole season.

Monsoon showers not only bring cheer, but also bring various diseases such as food poisoning, dysentery, diarrhea, cholera, etc. Raw foods are an ideal breeding ground for bacteria as they can absorb moisture very fast. So, it is better to abstain from eating raw foods.

Uncooked foods should be kept at bay all through the rainy season as they are high chances of infection this season. So, keep away from eating raw eggs, raw fish, raw salads. Salads composed of raw vegetables get contaminated quickly due to the damp nature leading to various infections. Choose warm, steamed salads.

During the monsoon, people love to consume deep fried, spicy foods like ‘samosas’, ‘Bhajiya’. Even though, they seem to be very tempting during the wet season, stay away from such fried items as they decrease the digestive efficiency. Eating less oily, fewer spicy items help to avert stomach problems.

It is better to limit nonveg food, especially too much of fish or meat. Instead, go for plenty of green veggies, fresh fruits and cereals. Better avoid fish, prawn during monsoon as it is their breeding season. When buying fish, make sure it is fresh. Avoid eating raw fish. If eating seafood, ensure it is not raw and cooked properly.

Foods that are very sour and salty promote water retention and bloating. Of course, sour food like pickles, Imli, chutney is tempting in the rainy season. However, restrict salty foods as they contain more sodium, which become heavy for the body.

Since, dairy products have a more tendency to get infected by germs, limit dairy intake. Even though, milk is said to be a complete food, it is not advised during monsoon season. Go for yogurt instead of milk. Avoid consuming dairy foods like paneer, raita, etc. especially outside at a street vendor.

Fruits to avoid during the monsoon

Although fruits are an instant energy booster, avoid raw and cut fruits that are kept open. Restrict the consumption of watermelons, muskmelon and watery fruits and watery veggies like cucumber. Due to the moist nature, these fruits have more chances of getting bacteria. Avoid fruit juices and vegetable juices that have been kept outside for a long time.

To be healthy and cheerful, watch what you eat. During the monsoon, our digestive system gets sluggish. So, eat only when you feel hungry and consume moderate food. Avoid over-eating, which can cause digestive problems. Eat protein rich, balanced diet to meet the requirements of the rainy season. Consume hot foods like soups, cooked meals rather than cold, raw items.

Follow these simple rules. With little caution, enjoy your monsoon with full of cheers.

Baby Corn with Spinach
Self Destruct