Green tea is the healthiest beverage that has taken the market by storm. It is the talk of the people today. You can see everyone talk about it – be it a fitness freak, beauty guru or anyone in a desperate need to lose those extra pounds. “Sip a cup of green tea everyday”, they say. But what’s the rave all about?

Let’s take a look at the amazing things green tea can do for us.

What is so special about green tea?

Usually the leaves of tea are oxidised and the extent of oxidisation determines the type of tea. Green tea on the other hand, is made of fresh leaves that aren’t oxidised. Being a less processed form of tea, the goodness of antioxidants and polyphenols in the tea leaves are retained, which would have otherwise been washed off in the process of oxidisation. 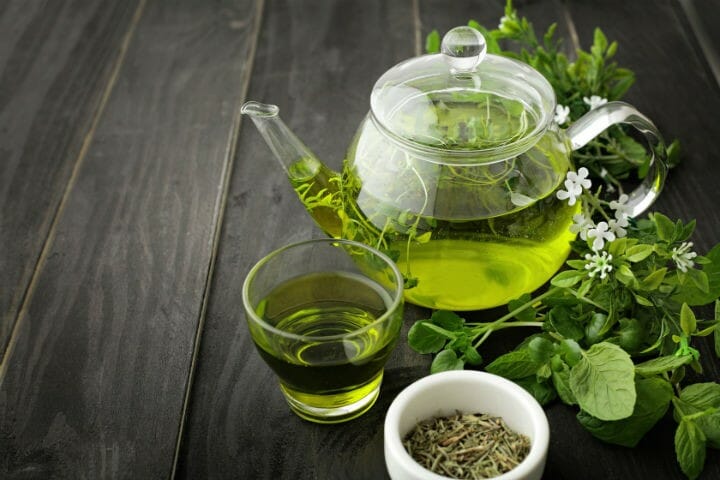 There are days when your brain refuses to listen to you; on the day of your exam, while presenting a seminar or during an important session in class. Green tea is your saviour during such days. It is rich in amino acids L-thenaine and caffeine which are stimulants that improve the activity of your brain. You may wonder that coffee has caffeine too. Why not coffee, but green tea? Well, the amino acid L-thenaine in green tea has anti-anxiety effects that make you active and smart without making you feel anxious you jittery.

Green tea boosts your metabolism and helps you burn fat faster. Now, don’t down a cup of green tea and touch your belly; it doesn’t work that way. Green tea increases your metabolic rate and improves the performance of your body and aids in melting the fat tissues. Although, many researches show that green tea has little or no effect on burning fat, it definitely is a healthy replacement for soda or coffee if you desperately want to bid goodbye to those uninvited extra fat in your body.

Green tea does amazing things to your body like killing those nasty bacteria and viruses that cause flu and infections. Green tea improves your immunity and metabolism, inhibits influenza viruses, thus, keeping you fine and fit all the time. It also improves your dental health and hygiene, reducing the risk of cavities and bad breath.

Studies show that consumption of green tea increases the connectivity of cortices in the brain that improves your memory. Green tea not only improves the cognitive function of your brain making you smart, but also protects your brain from the risk of neurodegenerative diseases like Alzheimer and Parkinson.

Most of the neurodegenerative diseases are caused by a decreased production of dopamine due to the death of neurons. An important compound called catechin in green tea is known to protect the neurons from damage in turn improving your brain health.

Green tea contains compounds such as polyphenol and catechins that act as a protective shield of your cardiovascular system. The thermogenic effect of green tea is known to burn fat and reduces spiking levels of LDL cholesterol. Being a rich source of antioxidants, green tea prevents oxidation of LDL particles which is one of the main inducer of heart diseases. Several studies have also observed that green tea drinkers are less likely to die from heart diseases.

Being a rich source of polyphenol and antioxidants, green tea is fully equipped to fight cancer. polyphenol is known to reduce the production of proteins that feeds tumour cells, thereby, arresting the cells from growing. The antioxidants prevent any kind of oxidative stress, cell damage and fight the free radicals that cause cancer. Several studies have stated that drinking green tea on a daily basis has been beneficial to both the sexes from different kinds of cancer; however, the exact mechanism about how it prevents cancer is unknown.

Green tea is an addition in medicines and topical creams due to its anti-inflammatory properties. The abundance of antioxidants in green tea is great for maintaining the suppleness and youth of your skin. It protects you from free radicals and your skin from wrinkles and aging. It also prevents rashes and inflammation. Having your dose of green tea keeps your skin problems at bay. It clears your skin and renders a beautiful glow.

Gone are the days where death was caused by aging; nowadays several diseases have contributed to death. Green tea known for its undisputable health benefits like lowering cholesterol, promoting weight loss, fighting cancer and maintaining glucose levels; prevents several  diseases that take you step closer to your death bed. Prevention of these diseases undeniably improves the health and longevity of your life.

Make green tea daily an addition to your diet and witness a miraculous transformation.