Generally, the best non-alcoholic cocktails are originals rather than pale and often insipid copies of their traditional, alcoholic cousins. This non-alcoholic version of the bloody Mary os one of the exceptions and has some of the kick of the classic cocktail. 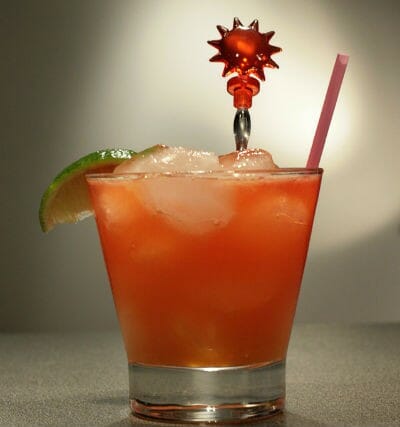 1. Put the crushed ice cubes into the blender and add the red pepper, tomatoes, chilli and lime juice. Blend until smooth.

2. Pour into a chilled highball glass and season to taste with salt and pepper. Decorate with a celery stick.