Halloween – The Tradition and How It Is Observed In Modern Day

Come the 31st of October and you can see children deliriously happy, geared in bizarre costumes going to various homes and knocking on the doors asking the inmates to ‘trick’ or ‘treat’ them. It is indeed a delight to watch kids and adults alike dressed up and celebrate with gusto. The festivities aren’t for children alone. Adults host costume parties and people dress up in the most outrageous and funny costumes as part of the celebration. Having mentioned all this, there wouldn’t be a doubt in anybody’s mind that this is all about Halloween, the spooky festival with funky costume parties. 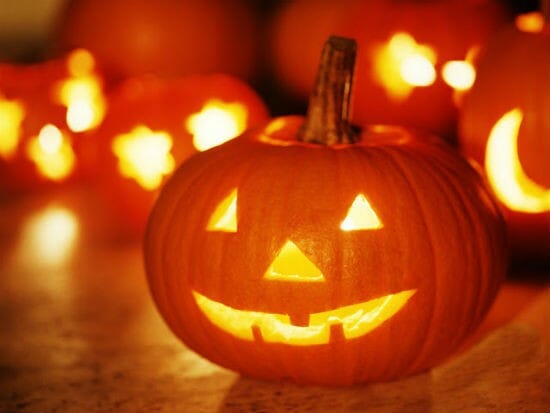 The History of Halloween

Halloween is the shortened common name of All Hallows’ Eve. It is said to have originated from a Celtic festival known as Samhain. Halloween falls in between fall and winter and the ancient Pagans used it to prepare for the grueling winter by stocking supplies. Bonfires were lit and people used to roam about in costumes dressed as evil spirits or ghosts in an attempt to either appease them or ward them off. One of the most important traditions of Halloween is the ‘trick’ or ‘treat’. Children go about from house to house and knock on the doors saying the words ‘trick or treat’ aloud, implying that if the owner of the house doesn’t treat them, they would perform a trick or a prank on the owner or the property. This has also been customarily called Beggar’s night wherein beggars would go from door to door begging for food in return for offering prayers to the dead ones. These customs are widespread across the globe and are celebrated mostly in Britain, Ireland and the United States of America.

Most of the superstitions associated with Halloween concern the past and the dead people. People used to leave food at their doorsteps for their deceased loved ones and also light the roads with candles so that their loved ones might find the right path to the spirit world. Today though, Halloween is scarier with malevolent and fearsome ghost costumes. Also, many of the superstitions involved young girls and their future husbands. In some parts, cooks used to hide the rings in mashed potatoes in the hope that whoever gets the one with the ring would find true love. Others involve throwing hazelnuts into the fire to find out the name of the suitor and drinking concoctions of hazelnut, nutmeg and chocolate at bed time to dream about their future husband.

Now, what would Halloween be today without a party? And what if you need to host a party? What all should you think about? The list is a humungous one starting with the theme of the party. You should ideally lock on to the theme of the party you want to host first. Is it going to be a Disney style Halloween for kids or is it set in a particular era? Also, you would have to arrange for costumes for your own household and prepare various Halloween treats and games.

Food is an important aspect of any party just as the events involved in it are. So, what about the Halloween party food? Cupcakes and cookies are a must and not to mention pumpkin delicacies. For a festival party such as this, it is important to make food appealing to look at. You could dress your hot dogs into various shapes and give them a funky look and name. For instance, you can make your hot dogs look like mummies and call them mummy dogs. Similarly, you can carve apples and make them look like jaws; make cheese fingers and what not! Cakes are always a hit with everyone. You could shape your pastry in a different manner or add a couple of scary figures in the top layer and it would definitely be a huge hit at the party! Halloween party food is all about innovative ideas and creative thinking. So, don your thinking cap and get started with your Halloween preparations.