Indian food is known for it’s spicy use of heat and exotic spices like turmeric and cardamom. These flavors are in all the usual dishes like curries, samosas, chutneys and even desserts. When you go into an Indian restaurant you will often get the traditional form of these dishes with little to no changes.
Though these are great, they can still be expanded upon if you are willing to experiment. Talk of traditional dishes only is as boring as shopping for car insurance and about as much fun. Instead, branch out and put some new twists on classic Indian dishes. 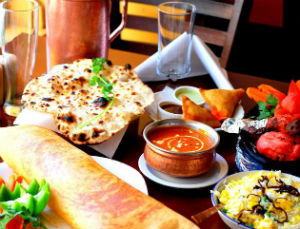 Named after the city of Hyderabad, Hyderabadi Biryani is a classic Indian dish usually made with basmati rice. A protein such as goat or ocassionally chicken are also a part of the dish. Give it a fusion multi-ethnic twist with these easy changes:

Sheera is a sweet dessert that is often served for special occasions such as poojas. It is given as an offering to the deities, then some is eaten by the group after the ceremony is over. Most sheera recipes call for ghee (clarified butter) and milk. To give it a vegetarian twist consider the following changes:

Curries are generally thick sauces that take all day to stew and make. They don’t usually contain any kind of citrus. There are already enough bold flavors and traditionalists would argue that citrus would interfere. There is also the chance that the citrus could make the sauce separate or curdle, making it unsightly. But you can use citrus in curry with these ideas:

A common complaint about Indian desserts is that they are too sweet. There are ways to cut down on the sweetness and add other flavors for a bold new twist that will make your taste buds sing:

Of course, any of these suggested twists can be further enhanced with your imagination. When it comes to Indian food, traditional is delicious but there are many opportunities to change things up so that the food takes on a new flavor or meaning.

Don’t stop at just changing vegetarian to vegan or meat to vegan. Get bold and really try new things. You may not get a great dish with your first attempt at change, but if you keep trying, you will eventually get something that tastes delicious and will impress your friends and family with it’s audacity.

Author Bio: Asha is a freelance writer who on her free times enjoys experimenting with Indian cuisine. She enjoys visiting local markets in search of the freshest ingredients.